“Charles James: Beyond Fashion” at the MET

Anglo-American designer Charles James (1906-1978) is one the biggest names in mid 20th century American fashion, a designer who thought of fashion as a mathematical science. From Thursday May 8 to Sunday August 10, 2014, the Costume Institute at New York’s Metropolitan Museum of Art is opening to the doors to the “Charles James: Beyond Fashion” exhibition, which celebrates the work of the visionary designer. With just a few days until it officially opens, Vogue.fr brings you a look at some of the iconic images on display in this year’s MET exhibition, which draws huge crowds every year. END_OF_DOCUMENT_TOKEN_TO_BE_REPLACED

This actually could be quite the issue. On the one hand, the  question arises as to the circumstances surrounding the Four Season’s acquiring the painting.   What was the contractual agreement–that they would maintain the painting, that it would stay in the same spot indefinitely,  that it had to always be available to the public.  Did they not make any provisions for this type of situation?  I’m guessing that the case is going to hinge upon how significant the damage to the wall is, how much more damage would postponing the repair cause, and can they move the painting safely out and back.  Maybe they could just cut the wall out with the painting, rebuild behind it, shore it up, then just replacing it in some artsy way?  Or carefully slide boards behind it and lay it down to remove it?  Either way, it’s important to give the owner his rights, but landowner rights are vital too. Plus, if the wall damage causes harm to someone later, who is liable for the injury? ** DB

“NEW YORK –  New York’s storied Four Seasons restaurant has for decades harbored one of the city’s more unusual artworks: the largest Pablo Picasso painting in the United States. But a plan to move it has touched off a spat as sharply drawn as the bullfight crowd the canvas depicts.

Pitting a prominent preservation group against an art-loving real estate magnate, the dispute has unleashed an outcry from culture commentators and a lawsuit featuring dueling squads of art experts.

The building’s owner says Picasso’s “Le Tricorne,” a 19-by-20-foot painted stage curtain, has to be moved from the restaurant to make way for repairs to the wall behind it.

But the Landmarks Conservancy, a nonprofit that owns the curtain, is suing to stop the move. The group says the wall damage isn’t dire and taking down the brittle curtain could destroy it — and, with it, an integral aspect of the Four Seasons’ landmarked interior.

“We’re just trying to do our duty and trying to keep a lovely interior landmark intact,” says Peg Breen, president of the conservancy.

The landlord, RFR Holding Corp., a company co-founded by state Council on the Arts Chairman Aby Rosen, says a structural necessity is being spun into an art crusade.

“This case is not about Picasso,” RFR lawyer Andrew Kratenstein said in court papers. Rather, he wrote, it is about whether an art owner can insist that a private landlord hang a work indefinitely, the building’s needs be damned. “The answer to that question is plainly no.” . . . .”

“The Confidence, and the Art, Looked Real”

“To many people, the art dealer Jose Carlos Bergantiños Diaz seemed like an enviable man.  He came to the United States from Spain with his Mexican inamorata, Glafira Rosales, some 30 years ago, barely a dollar in his pocket, and only a few words of English at his command. Soon, he was living life on a grand stage. He bought a fine house in a wealthy New York suburb, opened an art gallery with Ms. Rosales and maintained auction accounts at Christie’s and Sotheby’s.He boasted of a friendship with Andy Warhol, an audience with the pope and his daughter’s violin performance at the Clinton White House. He created a charity that helped the poor and the sick in the Dominican Republic and Haiti, and won awards for his humanitarianism.

Behind the curtain, though, federal prosecutors say, Mr. Bergantiños was engaged in a very different sort of enterprise, a daring forgery swindle that fooled the art world and led collectors to spend more than $80 million on dozens of phony masterworks. The marketing of these forgeries, many of them sold through the offices of what was once New York’s oldest gallery, Knoedler & Company, has been among the most stunning art market scandals of the last decade. . . .”

I’ll just bet he’s out of the country; I can’t imagine having the cahoney’s to pull something like this off. And it begs the question of how well Knoedler & Co. were investigating the works they processed. Where are the provenance records, the testing process results, etc.? Were those forged as well, or were they not included in the sale? In this day and age, how were so many forged items passed of?

by Amy Pitt via “Time Out“ 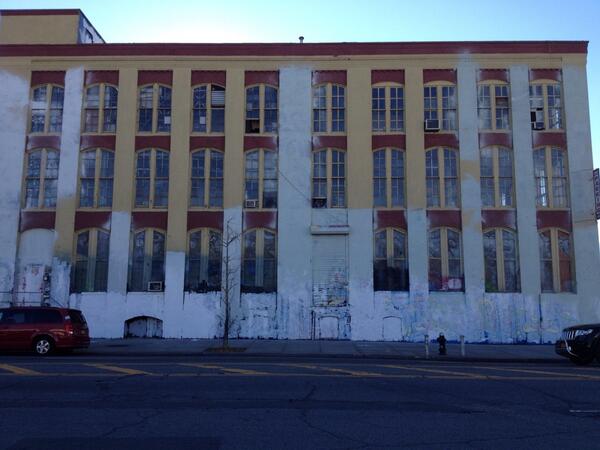 “Last week, a federal judge denied an injunction to stop the demolition of the space, clearing the way for the building’s owners to begin the process of tearing it down and building condos in its place. We just didn’t think it would happen quite so soon.  We’ll have more photos and updates later, but for now, here are some snaps of the painted-over space from social media. R.I.P., 5 Pointz. . . . .”