Gongyi is home to the Kang Family Mansion – a Ming Dynasty mansion still preserved centuries later. Also called the KangBaiWan Mansion 河南巩义康百万庄园. It is #10 on China’s list of famous mansions!  A truly beautiful place filled with all sorts of ancient buildings and gardens. At one time, he was apparently the wealthiest businessman in China. The family was famous be being good and virtuous, so much so that the emperor wrote them a poem just for them after 8 generations of wise and honorable leaders in a row.  Wish I could have met them! 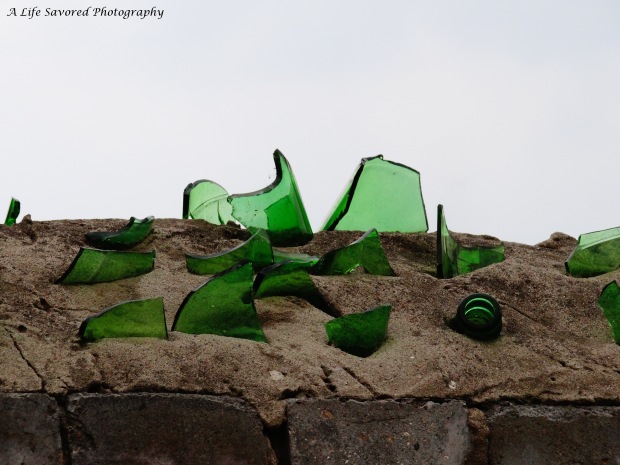 Chinese historical sites (and some city buildings) here in Henan have a tendency to have these sharp warnings NOT to climb the walls.  Given how much looting and destruction they’ve faced with their heritage in the past, it is a pointed (pun intended) reminder that history is to be protected, not stolen or broken.  Also – avoid the Baiju (China’s alcoholic beverage which is as much as 70% alcohol). Getting drunk on that and stupidly climbing the fence is a REALLY BAD idea here!

by Matt Atherton via “IBT“

An 1,500-year-old underground church has been discovered in Turkey with never-before-seen frescoes depicting Jesus and “bad souls being killed”. The church was found in the world’s largest known underground city in the Cappadocia region of central Turkey.

The frescoes have been described as depicting Jesus rising into the sky – known in Christianity as the Ascension – and the destroying of evil – known as the Last Judgement. The discovery of the church itself – which archaeologists suggest could be more than 1,500 years old – still has secrets to be revealed, as so far only the roof and uppermost part of the walls have been uncovered.

“Only a few of the paintings have been revealed,” said researcher Ali Aydin, who told the Hurriyet Daily News: “There are important paintings in the front part of the church showing the crucifixion of Jesus and his ascension to heaven. There are also frescoes showing the apostles, the saints and other prophets Moses and Elyesa.”

An urban housing project was taking place in the city of Nevşehir, where the church was found. It is part of a huge number of early dwellings, which form the largest known ancient underground city. The underground city itself was discovered in 2014, and around four miles of tunnels have been uncovered. The experts believe people lived here around 5,000 years ago.

Archaeologists have had to pause their excavations, however, as the winter humidity can damage the paintings. However, they have managed to reveal the ceiling of the structure which mainly sits underground, and were fascinated by the huge frescoes which can be found across the inside of the roof and top of the walls.

“We know that such frescoes have so far never been seen in any other church,” said Hasan Ünver, mayor of Nevşehir. “It was built underground and has original frescoes that have survived to this day. This place is even bigger than the other historical churches in Cappadocia.

“It is reported that some of the frescoes here are unique. There are exciting depictions like fish falling from the hand of Jesus Christ, him rising up into the sky, and the bad souls being killed. When the church is completely revealed, Cappadocia could become an even bigger pilgrimage center of Orthodoxy,.”

The Aleppo Codex, the oldest surviving copy of the Hebrew Bible that some experts believe all versions of the Old Testament stem from, has been recognized by UNESCO as an important world treasure.

I24News reported that the United Nations Educational, Scientific and Cultural Organization added the millennium-old Codex earlier this week to its International Memory of the World Register, which honors some of the most important discoveries relating to human history.

Adolfo Roitman, the head curator of the Shrine of the Book Museum in Jerusalem, which holds the Codex, explained its significance, stating that all current versions of the Old Testament stem, “in one way or another, from this ancient manuscript.”

Amir Ganor, director of the unit for the prevention of antiquities robbery in the Israeli Antiquities Authority, shows a document, thought to be an ancient text written on papyrus, at Jerusalem Magistrates Court May 6, 2009. According to the Israeli Antiquities Authority, the document is written in ancient Hebrew script, which is characteristic of the Second Temple period and the first and second centuries CE. This style of writing is primarily known from the Dead Sea scrolls and various inscriptions that occur on ossuaries and coffins. It was seized from two men suspected to be antiquities robbers in an elaborate undercover operation.

The Codex is believed to have been written somewhere around the year 930 in the town of Tiberias on the shores of the Sea of Galilee. It has been moved around through several different cities, and as many as 190 pages are missing from the surviving copy, though scholars disagree where and when they were lost.

It was smuggled out of Syria and arrived in Israel in 1958, before it was eventually moved to the Israel Museum in the mid-1980s.

It is also not clear who precisely owns the Codex, though filmmaker Avi Dabach, who is planning to make a documentary about the ancient manuscript, believes that it belongs to the Jewish community that fled Syria.

“In the 1960s the Aleppo-Jewish community sued the people who brought the Codex to Israel. … The Israeli Authorities decided to confiscate this item and then, from a position of strength, force on the community an arrangement,” Dabach has said.

Although the Aleppo Codex is considered the oldest copy of the Hebrew Old Testament, there are much older fragments of biblical manuscripts in existence, such as the 2,000-year-old Dead Sea scrolls. . .

“Art Forgery Trial Asks: Were Dealers Duped, Or Did They Turn A Blind Eye?”

by Joel Rose via “NPR“

The New York art world was shocked when the city’s oldest gallery abruptly closed its doors more than four years ago. A few days later, news broke that Knoedler & Company was accused of selling paintings it now admits were forgeries for millions of dollars each. The gallery and its former president face several lawsuits by angry collectors and the first trial began this week.

The forgeries at the center of the scandal look like masterpieces by Jackson Pollock, Willem de Kooning and other prominent abstract expressionists. They were good enough to fool experts, and even Ann Freedman, then-president of Knoedler & Company, says she was duped.

Nikas says Freedman even bought some of the paintings for her own personal collection. But the plaintiffs in this case and other pending lawsuits say Freedman overlooked glaring problems with the paintings’ backstories. The art dealer who sold the paintings to the gallery, a woman named Glafira Rosales, pleaded guilty to fraud and money laundering charges in 2013. According to Freedman, Rosales told an elaborate story involving a European collector (known only as “Mr. X”) who bought the paintings with cash in the 1950s, when he was having an affair with an assistant at two top New York galleries.

“It’s quite a tale, and people bought it,” says Amy Adler, who teaches art law at New York University. “I suppose the temptation would be there — not just for buyers, but, yes, even for sellers — to think they’d happened upon these magnificent, undisclosed masterpieces.”

In the end, Rosales admitted to selling Knoedler 40 counterfeit paintings over more than a decade. The plaintiffs argue that Freedman knew — or at least should have known — that something was amiss. It’s hardly the first time an art dealer has been accused of deliberately looking the other way.

Ken Perenyi is a professional art forger who wrote about his career in the book Caveat Emptor. “From over 30 years’ experience with art dealers,” he says, “I would say there most certainly are individuals out there in the trade that will turn a blind eye.” . . .