by Kaylee Heck via “Yahoo News!“ 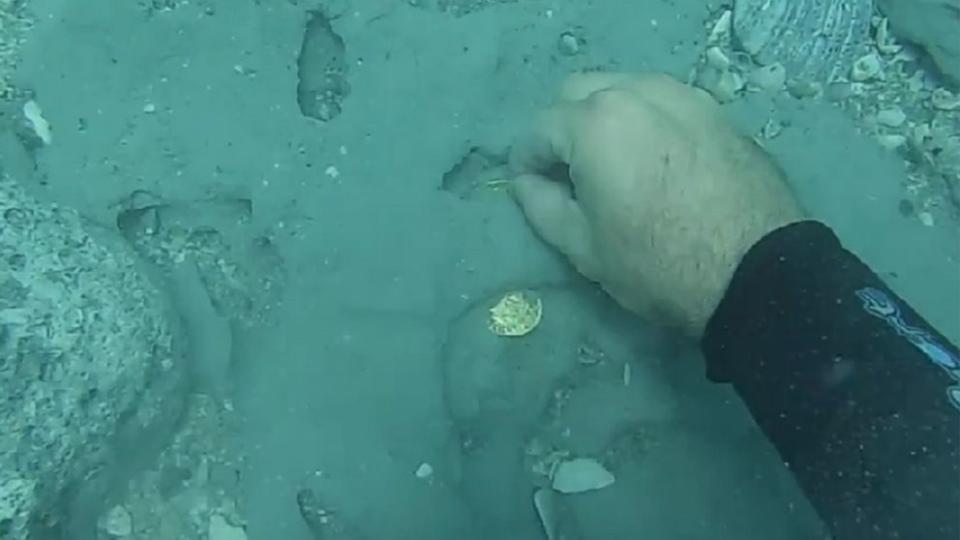 Brent Brisben — a co-founder of 1715 Fleet-Queens Jewels LLC, which has the rights to dive at the wreckage site where the gold was ultimately discovered — told ABC News that the 60 gold artifacts on the bottom of the ocean floor are valued at over $1 million.

The artifacts include 51 gold coins and 40 feet of gold chains with hand-crafted links, he said.

The centerpiece of the discovery is a single coin, given the nickname the “Tricentennial Royal,” which was destined to be delivered straight to Spanish King Phillip V, Brisben said.

This coin constitutes about half of the discovery’s expected value, with a price tag of more than $500,000, Brisben said.

The valuable find comes right before the 300-year anniversary of the 11-ship fleet sinking during a hurricane on July 31, 1715, off the Florida coast. The fleet had left from Havana, Cuba, on July 24, 1715.

Brisben said the discovery was made about a month ago, but he wanted to keep everything under wraps until the anniversary got closer.

“The work that goes on out there is not typical of what you see here today. I don’t want to call it an abrogation, but it’s what the dreams of every one of the people doing this are made of,” Brisben said at a news conference today. . . .